Twenty-five years ago, Edwyn Collins scored the biggest hit of his career with “A Girl Like You”. Buried near the end of this international smash was a wistful lament about the times: “Too many protest singers, not enough protest songs.” Considering the current political climate, it’s pretty clear that we could use as many modern day protest songs as possible to help the good folk of Planet Earth come together and kick against the pricks.

Fortunately Ron Hawkins, one of Canada’s sharpest, most politically astute pens, has recognized the need for some new music that can educate and inspire change. The principal songwriter of beloved rock band Lowest of the Low (singer/guitarist Hawkins, drummer David Alexander, multi-instrumentalist Lawrence Nichols, bassist Greg Smith, guitarist Michael McKenzie) has trained his keen observational eye on the state of the world and has created a universal call to action railing against divisiveness and complacency. We’ll let Ron pick up the thread from there:

“It’s been a while since I felt the need to take the small p in the politics of my songwriting and capitalize it. Probably not since the 80s, when Reaganomics rankled and the threat of nuclear annihilation seemed to loom on the horizon. I spent the 90s and onwards embedding my politics in the personal stories of people trying to get through the day. I wrote about the trees instead of the forest. But with fascism on the rise again throughout the world it’s time to hit ‘caps lock’ on that P once again.”

Enter Agitpop (Warner Music Canada), the new Lowest of the Low record about revolution and redistribution… liberation, love and justice. Produced by Grammy-winner David Bottrill (Tool, Muse, Peter Gabriel, Smashing Pumpkins), the album serves as a mobilizing manifesto that examines the dark clouds engulfing society then challenges the listener to make a difference. In case you were worried that all sounds like a joyless screed, rest easy: it’s also hopeful, funny and melodic as fuck.

Most notably, the lyrics are an even greater cause for celebration than fans have grown accustomed to since Shakespeare…My Butt, the Low’s venerable debut. The new album is brimming with ridiculously catchy, impassioned rallying cries for widescreen activism (“Permanent Revolution”, “The Ballad Of Late-Era Capitalism”, “New Wave Action Plan”, “The Night Of A Thousand Guns”), small-scale altruism (“Midnight Maryanne”, “Imogene”, “Seven A”, “When She Falls”) and a mixture of the two (“The Barricade”, “Love N’ Justice”, “F-Noise”, “A Thousand Lights”, “Bottle Rockets”, “Bonnie And Clyde”).

As Agitpop unfolds it reveals a multitude of deftly devised lyrical Easter eggs, alternately playful and poignant, that tip their cap to seminal recordings from the group’s major influences, as well as their own collective mythology. Trainspotters can listen for nods to The Clash, Bob Marley, The Beach Boys, Bob Dylan and The Smiths, while also encountering allusions to classic Low songs “Bleed A Little While Tonight”, “Salesmen, Cheats And Liars”, “Black Monday” and “Just About ‘The Only’ Blues”.

Back to Ron for the last word: “Songs don’t make a revolution, that’s not their job. They exist to be the oxygen we breathe or the nutrients we need to keep the blood pumping so we can get shit done. Your heart is a muscle and it’s as big as your fist.” 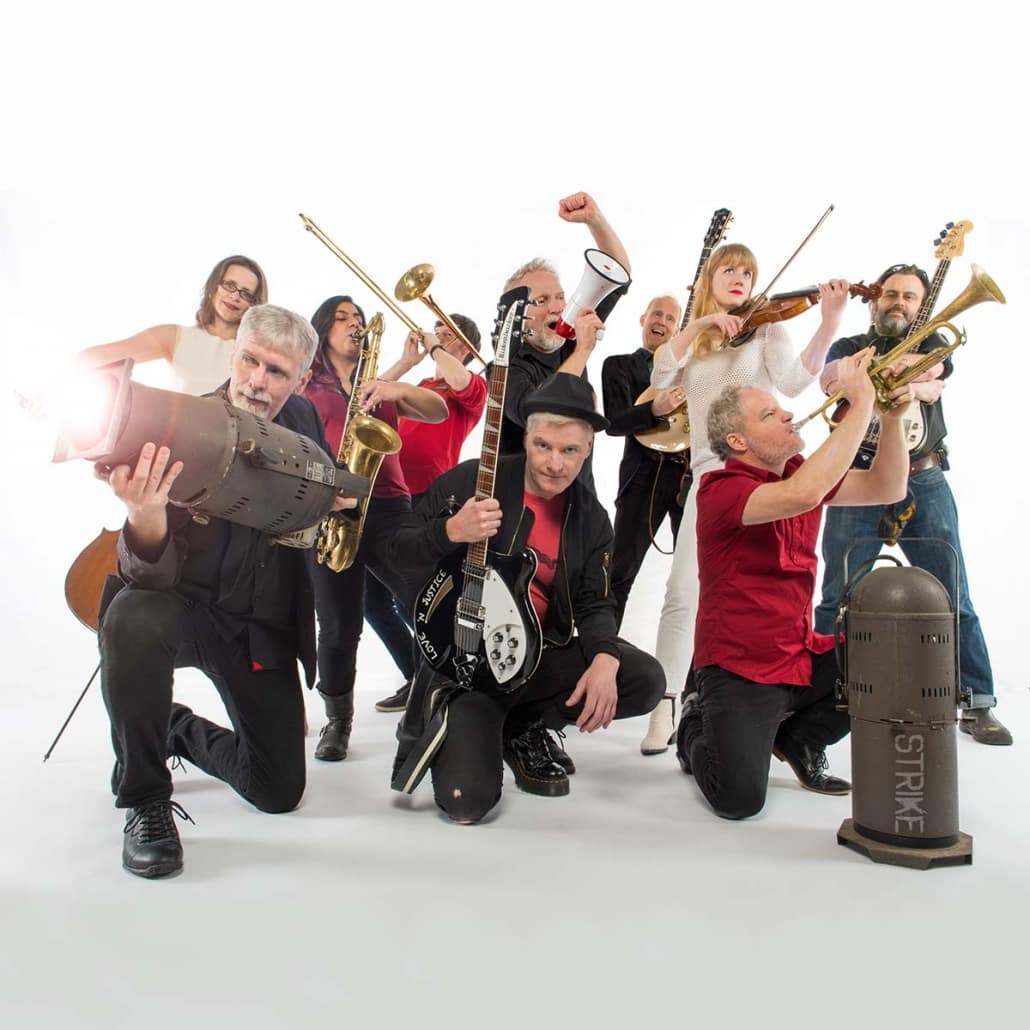 This site uses cookies to enhance the browsing experience. By continuing to browse the site, you are agreeing to our use of cookies.

We may request cookies to be set on your device. We use cookies to let us know when you visit our websites, how you interact with us, to enrich your user experience, and to customize your relationship with our website.

Click on the different category headings to find out more. You can also change some of your preferences. Note that blocking some types of cookies may impact your experience on our websites and the services we are able to offer.

These cookies are strictly necessary to provide you with services available through our website and to use some of its features.

Because these cookies are strictly necessary to deliver the website, refuseing them will have impact how our site functions. You always can block or delete cookies by changing your browser settings and force blocking all cookies on this website. But this will always prompt you to accept/refuse cookies when revisiting our site.

We fully respect if you want to refuse cookies but to avoid asking you again and again kindly allow us to store a cookie for that. You are free to opt out any time or opt in for other cookies to get a better experience. If you refuse cookies we will remove all set cookies in our domain.

We provide you with a list of stored cookies on your computer in our domain so you can check what we stored. Due to security reasons we are not able to show or modify cookies from other domains. You can check these in your browser security settings.

These cookies collect information that is used either in aggregate form to help us understand how our website is being used or how effective our marketing campaigns are, or to help us customize our website and application for you in order to enhance your experience.

If you do not want that we track your visit to our site you can disable tracking in your browser here:

We also use different external services like Google Webfonts, Google Maps, and external Video providers. Since these providers may collect personal data like your IP address we allow you to block them here. Please be aware that this might heavily reduce the functionality and appearance of our site. Changes will take effect once you reload the page.

The following cookies are also needed - You can choose if you want to allow them: